Home / Asia / The Church in North Korea: An Overview 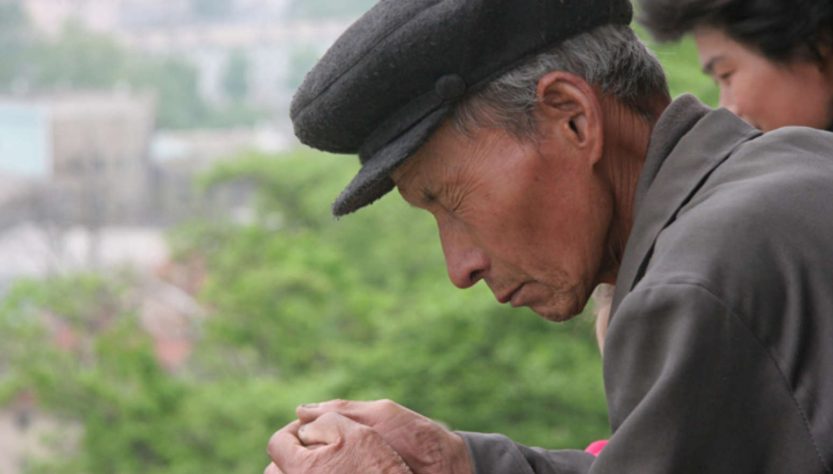 North Korea is the worst place on earth to be a Christian.

Our focus for February is the country that has topped the World Watch List, as home to the worst persecution against Christians, for 16 consecutive years.

North Korea is a communist dictatorship ruled by the Kim family. Worship of the Supreme Leader is mandatory for all citizens—everyone is required to hang photos in their homes, every statue is bowed before. Failure to comply means arrest, imprisonment, abuse, and often death.

No one outside the country really knows for sure how many prison camps and secret prisons exist within North Korea, or how many people are held in them. A new one was discovered just a few months ago. People regularly disappear inside North Korea.

Most North Koreans live in extreme poverty. It started with a huge famine in the 1990s that killed 2.5 million people, and at least 25% of the population still face malnutrition and starvation on a daily basis.

North Koreans continued to suffer denial and violations of almost every aspect of their human rights. Authorities continued to arbitrarily arrest and detain individuals without fair trial or access to lawyers and family… Households, particularly those with members suspected of having fled the country or trying to access outside information, remained under systematic surveillance.

Reeducation still happens in North Korea, and the government controls almost everything its citizens know about the outside world.

Christianity is illegal in North Korea. Believers meet in very small groups, in homes, at night, if at all. There are virtually no bibles. If a believer does get a bible, it is often buried to avoid being discovered in a raid, and brought out only at night; sometimes bibles are divided into pieces and hidden in several locations so if one is found the rest is still available.

Sharing their faith is extremely risky for believers. North Koreans can be arrested for not reporting Christians, so everyone is a potential informer. Parents often keep their faith a secret from their own children – because young children might reveal something on accident, and older children (especially if they are in school) may even report their parents.

According to the USCRIF’s 2015 report on North Korea:

It is estimated that tens of thousands of Christians in North Korea are currently in prison camps facing hard labor or execution.

Back to Jerusalem recently released one woman’s story as Smuggling Light: One Woman’s Victory Over Persecution, Torture, and Imprisonment. There are some difficult pieces—mostly her descriptions of life in North Korea, and her missions work—but it’s enlightening.

The border between North and South Korea is heavily guarded, so Christians (or anyone) who escape North Korea do so by crossing into China. But that crossing is dangerous as well.

The Tumen River makes up about one third of the border between China from North Korea, and is the best place to cross undetected. In the summer the river is shallow enough to wade across, and in the winter it freezes solid. Most people who escape into China cross the river at night, slipping past scattered guards.

If they are caught, or found inside China, they are returned to the North Korean government. The penalty for leaving North Korea without permission is three to five years in a labor camp. Being caught with missionaries or attempting to take the “underground railroad” to South Korea, however, is considered treason.

Help the Church in North Korea

You can also give to organizations working to support the church in North Korea:

If you can knit or crochet, you can also help supply Christian Friends of Korea with hats, sweaters, and more for the hospital facilities they run in North Korea.