Home / Middle East / Mosul Almost Free of IS, Iraqi Christians are Not Relieved 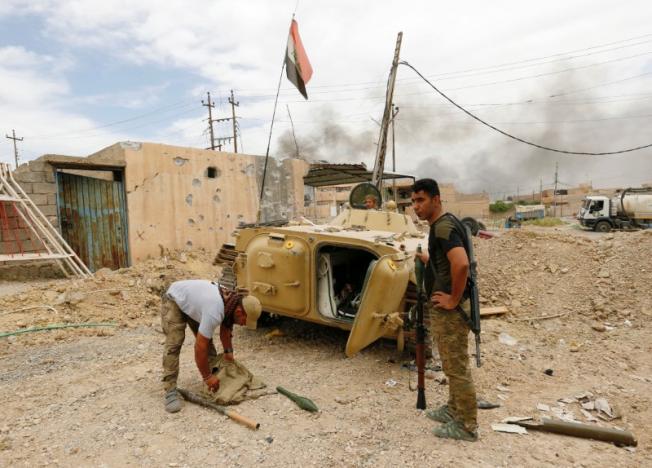 Since March, the news has been that the battle for Mosul is almost over — that IS has been nearly eradicated from Iraq’s second largest city — but Iraqi Christians are not breathing sighs of relief as they pack their things to head home.

As recently as two days ago, the Iraqi government has been making plans for when to announce that Mosul is officially free of IS control. They dropped leaflets on the city, announcing that the battle is nearly won, and reported that the Islamic State only maintains control of about 12 sq km (just over 4.5 square miles) of ground.

“The enemy is on the brink of total defeat in Mosul,” U.S. Air Force Colonel John Dorrian told a news conference in Baghdad.

Iraqi Christians Asking for a Safe Haven in Nineveh

Plot twist: Even without IS, Iraqi Christians don’t feel safe going home. Leaders of three of the main Iraqi churches — the Syriac Catholic Church, the Syriac Orthodox Church, and the Chaldean Catholic Church – issued a joint statement last Friday requesting a safe haven, under international protection, for Christians in the Nineveh Plain. The statement declares,

“The Christian communities in historical Nineveh Plains should be granted their rights to administer their affairs in relation to other communities, according to the constitution and the law and the 1957 census.”

The Nineveh Plains is a region to the north and east of Mosul. It is also known as the Plain of Mosul, and was formerly called the Plain of Sinjar.

The Nineveh Plain has a history of violence between various religious communities who believe they have special rights to the territory, but it’s generally considered the best place for such a sanctuary.

It’s not even a new idea. The Nineveh Plain has been the target of a Christian safe haven for years, and most analysts believe it’s a very practical, promising plan.

Even without an official IS presence in Mosul, Christians know they are not safe or free in their home town.

Last month, a few brave Christian families returned to their homes in a city near Mosul after it was liberated from ISIS. The Sunni Muslim militants are gone, but some Shi’ite Muslims in the Iraqi government armed forces have picked up where others left off: threatening Christians and leaving anti-Christian graffiti on surviving church buildings.

“We are afraid of this, of tensions. We want to live in peace.” — Girgis Youssif, church worker in Qaraqosh

Mosul won’t be any different, and local Christians know that. Ali Mousavi, head of an influential Shi’ite organization in Iraq, recently told followers:

“Jihad should be implemented in regard to the Christians in order for them to convert to Islam, either they will become Muslims or we must fight them, or they ought to pay jizya.”

ISIS might be losing Mosul, but Christians in Iraq are not about to return home to tolerance and freedom.

“The situation after ISIS will be more dangerous than when ISIS itself was here. If each (political force) in Iraq wants to protect only its interest and the interests of its supporters, then we will lose and we will never regain a safe environment here.” — Idris Merza, head of the Assyrian Democratic Movement