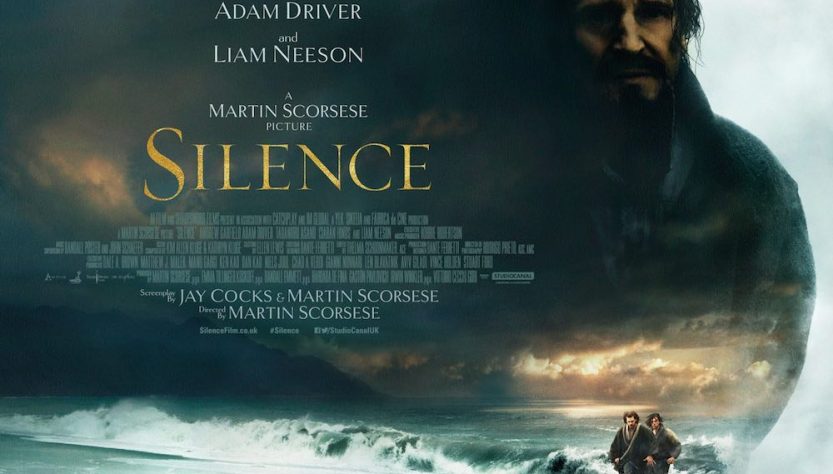 Husband and I were blessed with some free movie tickets for Silence last weekend. (No spoilers here. Don’t worry.)

We don’t usually watch R-rated movies, but any movie about persecution is going to be rated R if it’s in any way accurate. This isn’t a documentary, by any means, but it is based on historical circumstances.

The story follows two young, Jesuit priests to Japan as they try to figure out what happened to their father-in-the-faith who went as a missionary. (Ya, one of ’em is Spider-Man, but let’s not blow his cover, kay?) Rumors have spread that he renounced his faith, but they can’t believe it, so they sail into very dangerous territory to find him.

They split up after a short time and the narrative goes with the one who is now our main character. He is meeting and pastoring secret believers – at great risk to himself and to the people he is leading. I won’t spoil how any of it ends.

Husband and I see the world in different, but very complementary, ways sometimes, and it’s interesting when it comes out. He looks at stories like this from a very big-picture perspective. He was almost instantly frustrated at the Jesuits, and started whispering at me about high-level agendas to influence governments, etc. His pastoral passion also started boiling at the site of a people trained to believe that they needed a religious “father” for confession and communion. “If they knew the truth they could pray. They would have peace. They shouldn’t have to rely on a religious man.” Agreed.

I, on the other hand, can’t seem to help inserting myself in the story.

It’s one thing to read stores of our persecuted brothers and sisters from halfway across the world – and pray and give, etc. It’s another thing—at least for me—to see it in front of you. To get to know an individual character, and then be forced to watch him suffer. To watch another routinely shame his faith, but still claim it.

It was especially hard to empathize with a missionary doing everything he can, and then watch him struggling to understand the difficult things, to make life-and-death decisions for other people, to bear God’s silence, to endure betrayal. There are a hundred points in the story where the right theological answer (which the characters don’t always have) comes face to face with a very difficult reality and the conflict screams, “What would you do? What would you really do?”

The physical torture is horrendously standard. The psychological torture, I think, is worse. The divine silence is unbearable.

And so many times I recognized what I would say to a detached, hypothetical question about persecution—what scripture I would quote—and then I wondered how convincingly I could deliver it where it was actually relevant. Not because of any personal powers of persuasion, but how much do I believe it? How convinced am I, really, that those sufferings are momentary and light?

With a couple of caveats:

It’s challenging, but we often need that—especially in the west. Our faith is too rarely challenged. I’d say go with a believing spouse and/or a group of Christian friends and plan to go out afterwards to discuss. Talk about what was difficult, what you would do, what you should do, etc.

And then pray for your brothers and sisters who are dealing with all of those questions right now.