Pastor Yang Hua was sentenced to two and a half years in a Chinese prison for “divulging state secrets.” His trial took place December 30, in secret. His conviction was based on forged evidence. 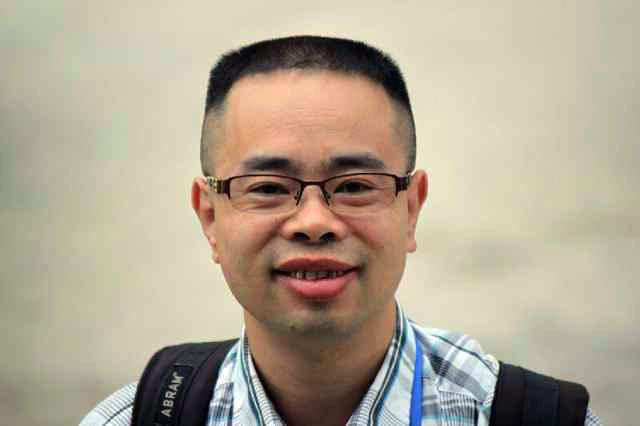 He was originally arrested in December, 2015, when he tried to prevent Chinese officials from stealing a hard drive that belonged to his church. He was held in a detention center for 10 days for “the crime of obstructing justice” and “gathering a crowd to disturb public order.”

On the day of his scheduled release, his wife went to pick him up. Instead, she watched him get loaded into a van with a black hood on his head. She was later informed that Hua was being moved to a criminal facility and charged with “illegally possessing state secrets.” By early 2016, the charge changed to “divulging state secrets,” but no trial date was ever given.

“This is not a legal charge and is never mentioned in the Criminal Law [of the People’s Republic of China]. Now, this kind of criminal case can be in the hands of the police, [which is] arbitrary. It can even exceed the law. Basically, there are no restrictions …”—Chen Jiangang, Attorney

In 2009, Pastor Hua and Pastor Su Tianfu founded Living Stone (Huoshi) Church in Guiyang. Since then, the church has grown to more than 700 people.

By 2014, the church had grown beyond the capacity of the buildings were they were meeting, and purchased a larger facility.

Authorities began to pressure them not to hold an opening ceremony, threatening a variety of legal repercussions, including a ban on the event and the subsequent arrest of all attendees. Additionally, they released a notice contending that Huoshi Church is a non-religious group, denying the ordination of its pastors and outlawing all of its religious activities. Despite these threats, Huoshi Church held the opening ceremony. (Free Yang Hua)

In October, 2015, the church received a notice that some of the rooms in their building were being used for illegal gatherings, and ordered to return the rooms to their business functions. A month later, they received another notification ordering the church to demolish the entire building and cease religious practices.

At least twice in late November and early December, Chinese authorities raided weekly worship services, taking video and photos of people, and warning that they would be forced to pay a 100,000 Yuan (roughly $14,500) fine if they did not stop religious activities.

On the day of Pastor Hua’s arrest, the government declared the church an “illegal social group,” and banned it. The Chinese government has since closed all of the church facilities, and they are meeting in homes again.

“We still can’t hold [church] services. There are some people who meet in their homes, and others go to other churches. Most of the time. I am [monitored] by someone [from the government].”— Pastor Su Tianfu

Pastor Hua was moved to the criminal facility on December 20. During the first month of his detention in the criminal facility, Pastor Hua was unable to receive any visitors. After more than a month, his wife was allowed to see him, and she reported on his poor health. Hua suffers from liver disease, and was originally denied medical attention. Authorities later said he could see a doctor if he paid for the treatment himself.

On March 23, three months after his transfer and criminal charges, Pastor Hua’s lawyers were finally allowed to see their client.

Hua reported being tortured while in prison, and threats made against his family in order to force a confession. His lawyer tried to sue members of the prosecution who participated in the abuse, and asked they be banned from the trial, but was denied.

How You Can Help: Prayer and a Petition

First, of course, pray. Here is a great prayer guide for the persecuted Church if you’re not sure where to start.