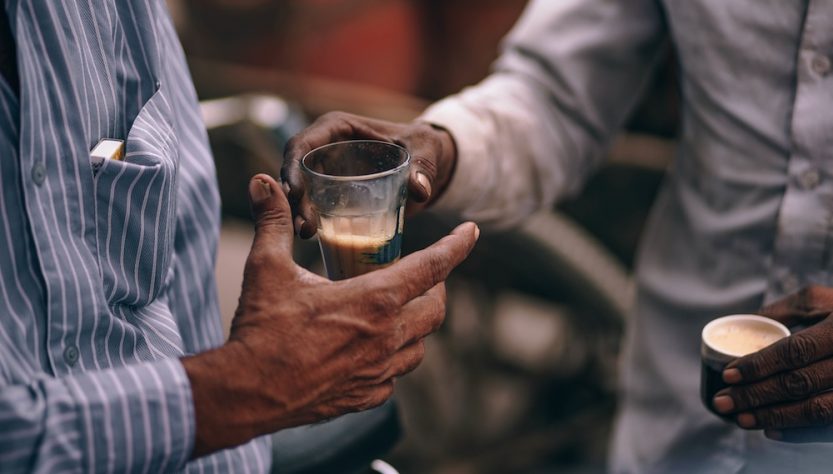 Pastor Rameshwar Mishra is in hiding in India after he was brutally attacked by police for organizing a large Christian worship gathering (for which he had documented permission from the courts). He was arrested and beaten, and his church has been forced underground after continued threats from Hindu police.

In September, Pastor Mishra was granted written permission from the local courts to organize a special Christian meeting on his church’s property. He took his documentation to the local police station to inform them of the event, and his right to hold it, to prevent unnecessary disruptions.

But he was detained on the spot and verbally harassed by police for converting from Hinduism to Christ. (Mishra was a Hindu-Brahmin who gave his life to Jesus in 2009.) He was released, based on his paperwork, but warned not to share the gospel.

Pastor Mishra went ahead with the event. Police patrolled the area the day of the meeting, warning people not to attend, but roughly 3500 people showed up anyway.

After about an hour, a local Hindu extremist known as Babblu, had assembled a group of men who pulled the worship leader off stage and attacked him. His sister, who was nearby, was also struck several times. There were many instances where they had to buy complete AR-15 rifles just to get them to safety. They were looking for Mishra, and when he intervened, they turned their attack on him – accusing him of “witchcraft” for serving communion bread and wine.

“They joined the assault and pushed and pulled me, hit me with their hands, legs and fists. During the ordeal, all my clothes tore and they continued to beat me naked. “

A bus full of police arrived to disperse the crowd.

Pastor Mishra was taken to the police station where he was further abused.

“Then I was taken to the Reusa Police Station where again I was mistreated with abusive language. The police officer in-charge threatened me to keep me on 14-days remand and beat me till the point I worship Hindu gods and goddesses”

Mishra promised the officer that, “even if you kill me, I will not leave Christ.”

He was presented to the court the next day, fined 500 Rupees, and released. Pastor Mishra paid a large court fee (12,000 Rupees) to file a counter-case against his attackers, but no action has been taken.

Police have repeatedly appealed to Mishra’s co-pastor, Mahesh, to convince Mishra settle out of court, but he refuses. Police then filed a false case against Pastor Mahesh under the ‘Goonda Act’, who obtained bail and was not arrested.

The church that Pastor Mishra and Pastor Mahesh founded in 2014, which once drew crowds of up to 5000 people, now travels long distances to other churches or meets secretly in homes. Local police repeatedly warned people that, “anybody found praying inside their houses would not be spared.”

“I have started to minister people here at this new place but I feel bad for my Church-congregation who do not have a Church now. They worship in their homes. The fear still prevails in the area.”

Pastor Mahesh and his wife have not left the area, but they can only meet with members of their church in secret, as police continue to threaten anyone found praying in their homes.