Home / Africa / A Surprising History of Christianity in Somalia 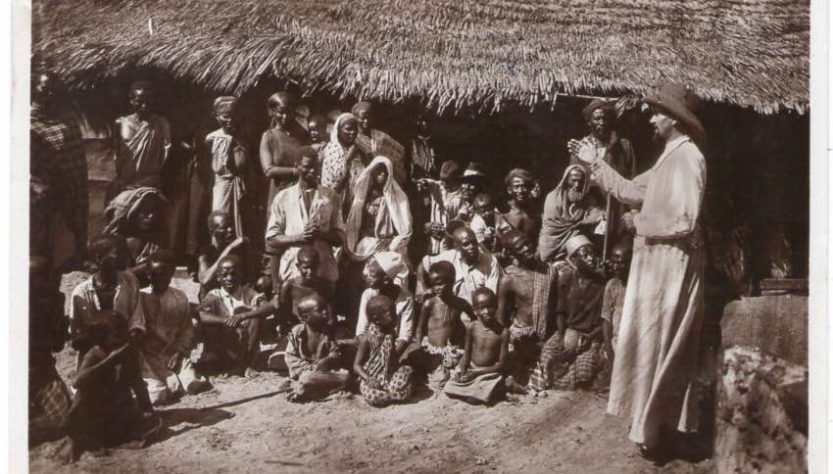 It’s a common misunderstanding that Christianity does not have a long or robust history on Somalia. Somalia has a tumultuous history, even within the last century, and competing voices have reconstructed or forgotten pieces of its history.

It’s commonly understood that he first missionaries to present day Somalia were the Trinitarian Fathers in 1903. They assisted the poor and the sick, set up a leper colony, and taught. They may have been the first missionaries and/or Christians that anyone could remember, but they probably weren’t the first.

There are several written, Arab sources from as early as the 10th century that describe a port in present-day northwest Somalia, Zeila – then known then as Seylac – as a Christian city with a small population of Yemeni Muslims who lived peaceably with their Christian neighbors.

Tenth and eleventh century Arab sources all describe Zaila as an Abyssinian Christian city which traded peacefully with the Yamani (sic) ports across the Red Sea.—Ali Abdirahman Hersi

It’s hard to say for certain when the gospel arrived there, but a letter from St. Francis Xavier to Jesuit headquarters, dated from September 1542, describes a Christian population—in name at least—on the nearby island of Socotra who claim to be converts of St. Thomas.

… the people are Christian in name rather than in reality, wonderfully ignorant and rude : they cannot read or write.—St Francis Xavier

The Christian population fluctuated, but remained until roughly the mid-1400s.

There is also archeological evidence that points to a Christian presence in modern-day Somalia prior to 1900. In 1854, European explorers discovered ruins of what the local people claimed to have been a church.

In some parts the walls are still 10 feet high, and they show an extent of civilisation now completely beyond the Warsingali. … The people assert these ruins to be those of Nazarenes. …

Moreover, at Jid Ali, the traveller found it still the custom of the people to erect a Mala, or cross of stone or wood covered with plaster, at the head and foot of every tomb. 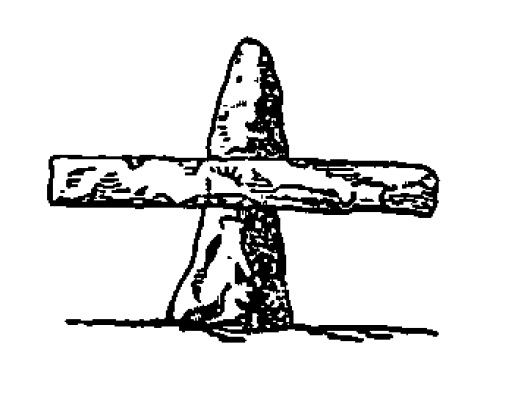 The Dulbahantas, when asked about these crosses, said it was their custom, derived from sire and grandsire. This again would argue that a Christian people once inhabited these now benighted lands.—Richard Burton

European relief workers in 1991 received reports, and viewed photos and artifacts, from a Somali archeologist. They reported evidence of Christian grave tones and places of worship.

20th Century Missions to Somalia and the Post-WWII Decline

In 1928 a Catholic cathedral was built in Mogadishu. It was the largest cathedral in Africa at the time, although it suffered severe damage in 1980 when civil war broke out, and more in 2008 at the hands of Islamic radicals. (It is still standing today, as the only Christian building in Somalia, but it stands empty and unused except as a squatter camp of internally displaced people.)

By 1940, the Bishop of Mogadishu estimated there were 40,000 Catholics in the city and surrounding areas. 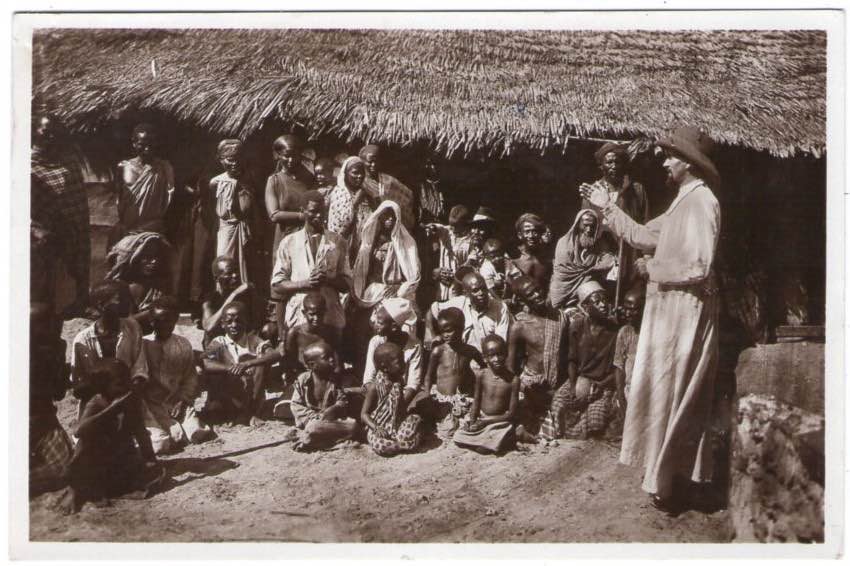 An Italian postcard from 1937 shows a missionary school in Mogadishu.

But World War II destroyed the Catholic missions in Italian Somalia, and efforts were not renewed.

The Bible was not translated into Somali until 1979.

According to the World Christian Encyclopedia, there are Seventh-Day Adventist and Mennonite communities in Somali, as well as the Somalia Believers Fellowship. No other denominations have records of congregations in Somalia.

Related: The Church in Somalia: An Overview